On December 15, Army Chief General Vipin Rawat said that women engaged in works such as mining and non-mining operations are playing the role as officers and they are also managing the air defense system, 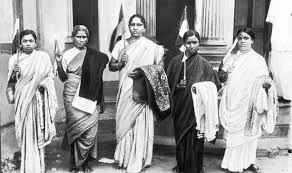 On December 15, Army Chief General Vipin Rawat said that women engaged in works such as mining and non-mining operations are playing the role as officers and they are also managing the air defense system, but they have to play frontline fighter role. Difficulties have to face. He said that the fight role is not given to the women in the army because they have the responsibility of raising children. He also said that women can also accuse their fellow soldiers of being a victim of terrorism, so they should not be admitted for Combat Roll. He said that officials are at risk of being killed in frontline combat. When the martyrs killed in war, when they return to the casket, our country is not ready to see it.

Role of women in the Indian Army

What are the difficulties in giving women the Combat Roll?

Need for Study for Social Acceptability

Today women are making important contributions to the military sector all over the world. India is also moving fast towards involving women in the fight roles. To understand the socio-economic aspects of female combatants, there is a need for a consolidated study in which in addition to civil society, health, women and child development and HRD ministry should be included so that we expect in this area in the near future Be able to face challenges and deal with them.