The court has said in its order that it is wrong to question the decision to purchase 36 planes. The court said that these fighter planes are needed for the security of the country. The apex 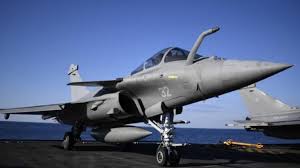 What is the deal of fighter planes and why it was needed?

Why was Rafael elected?

In fact, the issue of security of the country’s borders from Pakistan and China has always been a major issue. Air Force is already lacking fighter planes, in such a way that Rafael aircraft is very important for India. This aircraft has been used in war, in Afghanistan, Iraq, Syria, Libya and Maldives, and it has been very successful. If Rafael is included in the Air Force’s fleet of ships, then the army will get a new strength. The Supreme Court verdict on the Rafael deal is a message to both the government and the opposition that it is not right to draw sensitive issues such as defense to court and make political issues without any solid foundation.
Back To Top