Context and background While hearing a PIL filed on the safety of witnesses in large and sensitive cases, the Supreme Court has approved the draft of the Central Government’s witness protection scheme on December 5. After

While hearing a PIL filed on the safety of witnesses in large and sensitive cases, the Supreme Court has approved the draft of the Central Government’s witness protection scheme on December 5. After discussions with the central government, the central government has drafted the witness protection plan. Justice A. K. The bench chaired by Sikri said that all states and union territories must abide by it until Parliament makes legislation in this regard. In the draft of the witness protection scheme, arrangements have been made to take the witness to safe court and give statements without any fear or pressure. It has been made compulsory to keep the identity of witnesses confidential and the government has been given the responsibility to keep privacy in the identity of witnesses and to prevent the tendency of exposing their identity. 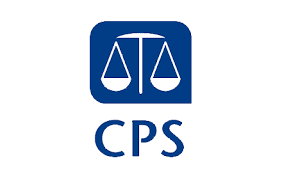 What is the Supreme Court directive?

Why is the safety of witnesses necessary?

So far, what progress has been made on the witness protection law in India?

How strong is this new guideline of the Supreme Court?

Challenge of implementation of scheme

It would not be wrong to say that politicians and influential lobby generally do not leave any stone unturned to check or affect. A corrupt police force is a major participant in this hateful task. It is important to protect witnesses to increase public commitment towards the justice system. Also, the public needs to unite against the evil propaganda of scaring the witnesses and removing them from the way. The order of the court will surely give courage to honest citizens. Now it is necessary that Parliament pass an effective law without delayed it.
Back To Top